A Scottish Aviation Bulldog has been frequently complementing the fleet since 2010. It has additional capability as a fully aerobatic aircraft also featuring a variable pitch propeller. The Bulldog was used extensively by the RAF as it's staple trainer before it's eventual replacement by the Grob G115 Tutor and is a favourite among Aerobatic enthusiasts!
- G-BULL, sports its original Royal Hong Kong Auxiliary Air Force (RHKAAF) 5 livery. 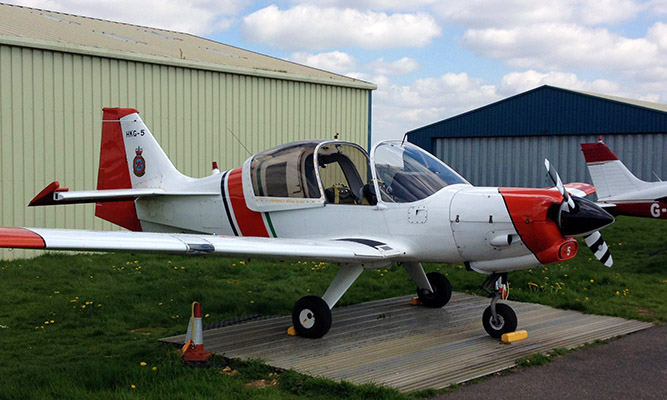